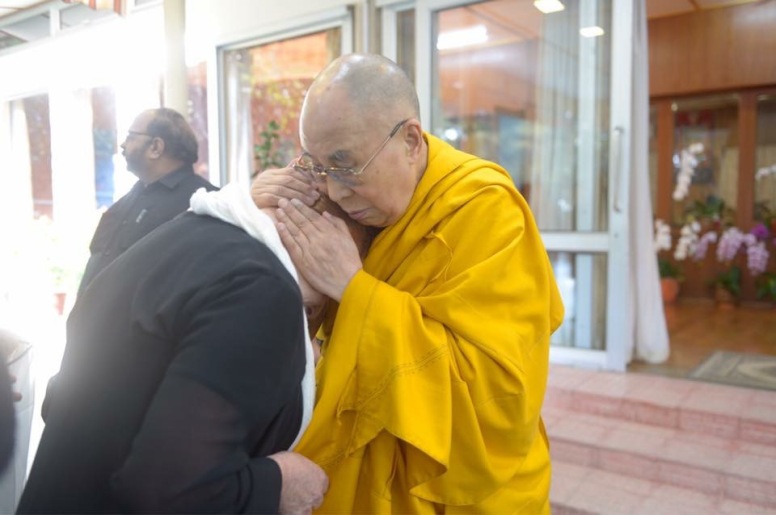 What a tremendous chap he is, the 14th Dalai Lama is now 83 years old and oozes wisdom. He is so charismatic, always wanting to make people laugh and smile.  He just lights up rooms as he walks in.

He seems to have an endless supply of poignant quotations, that often come with a side of wit and humor, but always come with the power of reflective thought.

All Dalai Lamas are found, not elected or chosen , but it is the reincarnation of the previous Dalai Lama.  Finding the previous Dalai Lama’s reincarnation is no walk in the park and it takes several High Lamas usually a few years to find out who he was reborn into.  Bit like looking for a needle in a hay stack I presume.  But anyway, they sort it out eventually, the 14th Dalai Lama was found after 4 years of trying to work out who he’d been reborn into.  But, here’s the key, the search normally takes place in Tibet, but as the Chinese threw all the Buddhists out and grabbed Tibet for their own, it’s going to be tricky. The 14th Dalai Lama has said that there is a chance that he will not be reborn, and that if he is, it will not be in a country under Chinese rule (that told them).

The Dalai Lama has lived in exile in India since 1959 after a failed Tibetan uprising against the Chinese occupation.  When our dear 14th Dalai Lama leaves the earth the Chinese have decided that they are going to chose the 15th Dalai Lama.  When the Chinese do make their selection, the Tibetan people will not be at all happy, it’s going to kick off, and no doubt they won’t accept the decision of the Chinese.  So, sadly, the 14th Dalai Lama could be the last one chosen in the traditional manner.

I was immensely honoured to meet the Dalai Lama in McLeodGanji, India, I didn’t just happen across him, it was arranged.  He gave me a hug that will remain with me for life.  He has so many words of wisdom that I try to live my life by; but possibly my favourite is: If you can’t help someone at least don’t harm them.

This site uses Akismet to reduce spam. Learn how your comment data is processed.

The goal is to die with memories, not dreams